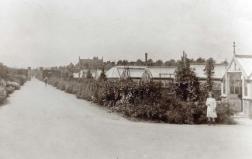 As the gardening season moves into full swing, we’ve delved through the archives to find out more about Welbeck's gardens...

Visitors to Welbeck may not realise it, but beyond The Harley Gallery and the Portland Collection Museum was once the estate’s very own Kitchen Garden - the largest of its kind in the country.

When the 5th Duke of Portland first commissioned the creation of Welbeck’s Kitchen Garden in 1860, it was inspired by the 17-acre royal walled gardens in Windsor Great Park. At 22-acres though, Welbeck’s garden was just that little bit larger. Back then the garden was equipped with all the latest advances in horticulture including glasshouses, heating systems and water supplies.

Together the gardeners produced vast quantities of vegetables and fruit all year round for the Duke and his household at Welbeck Abbey, as well as the staff who lived and worked on the estate. 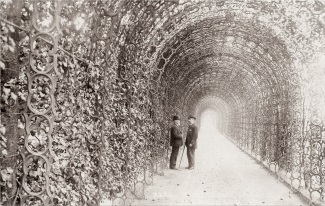 The fresh produce was also sent to family in other parts of the country and to the Duke when he was in his London home. Some of the most exotic produce at that time were grown within the gardens at Welbeck from melons, peaches and figs to pineapples.

Semi-subterranean glasshouses heated by hot-beds were used to grow the pineapples grown using the famed ‘Welbeck method,’ which used horse manure from the stables.

During the early part of the 20th century, visitors to the Abbey were often shown around the impressive Kitchen Garden by guides dressed in green frock-coats and green pork-pie hats, in keeping with the livery for footmen and butlers. They were able to view the tropical plants and exotic fruit that was grown throughout the year in the heated glasshouses.

The garden boasted apple trees and pear trees that were grown both alongside the horse gallop as well as within the large orchard. Over the years the production of the unusual fruits dwindled and some of the buildings were demolished. Other crops were produced instead such as cabbages and salad vegetables. 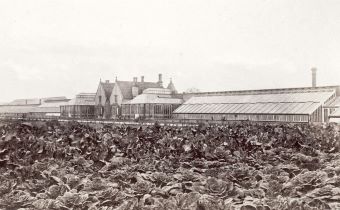 The Kitchen Garden continued as a market garden well into the 1960s with fruit, vegetables, pot plants and chrysanthemums sold at Worksop, Mansfield, Nottingham and Sheffield markets and local nurseries.

Today the huge walls around the car park and the garden centre provide an idea of the scale of this impressive garden, which was once maintained by an army of 42 gardeners.

Welbeck remains a working estate to this day. The gardens may no longer exist as they once did but the 15,000 acre estate continues to farm and has both arable and grazing land.

It is proud to be home to arable and dairy farmers, and food producers. Some of the artisan food and drink made right here on the estate can be found within Welbeck Farm Shop.

Doors to reopen again at The Harley Gallery